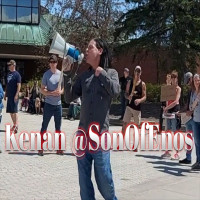 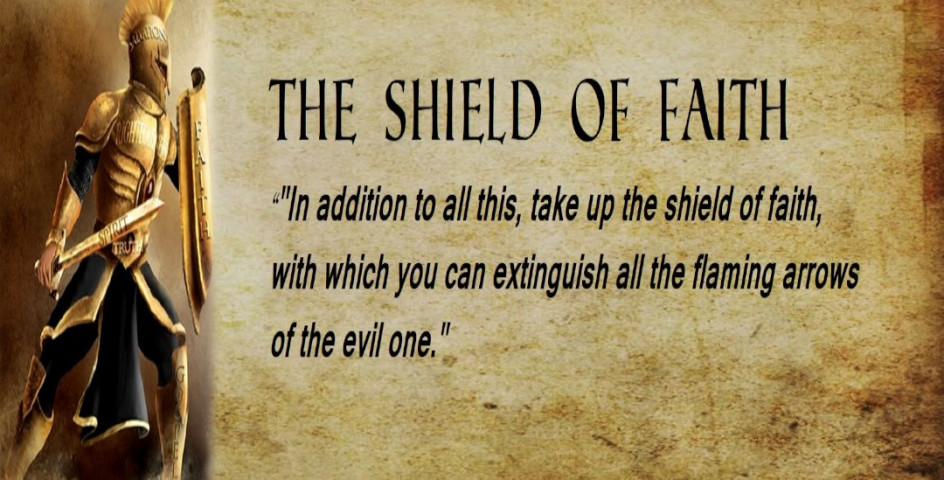 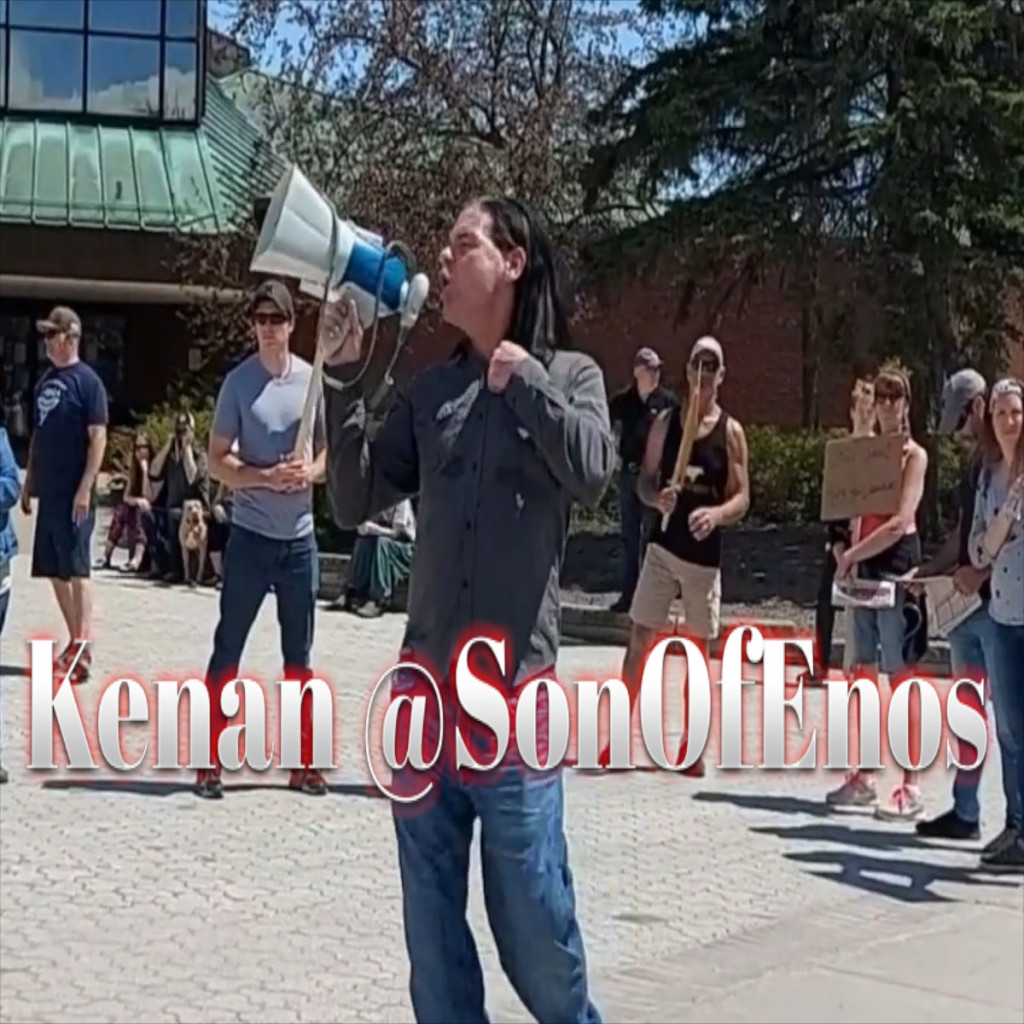 Kenan SonOfEnos
SonOfEnos Arrested For Maskless Flash-Mob But Served Chief Of Police With Notice of Liability. Leaders of our Freedom Fighting group here in North Bay, Ontario were arrested and charged with a bogus count of criminal mischief for participating in a group action where we all simply refused to wear a face-diaper at a mall that's been absolutely tyrannical. No property was damaged and all we did was to simply refuse to partake in wearing an unproven medical device while not backing down to the tyrannical intimidation of a private business or Covid-Cops who are violating the Nuremberg Code and practicing medicine without a license.The arresting officers were "just following orders" and it was evident to me that they didn't want to be doing this. I did use it as an opportunity to plant some significant seeds, including informing them of the long-term damage wearing a mask for almost 2-years is inflicting, where to look up information on Oxygen Deprivation Associated With Onset Of Dementia https://www.dementia.org/oxygen-deprivation-dementiaI also educated them on how to use Occupational Health and Safety regulations & an air quality safety device as a way to fight back against being forced to wear a mask on the job. https://www.bitchute.com/video/2e8hcvHnXo6r/But the Coup de Gras, was I used my arrest as an opportunity to serve Police Chief, Scott Tod with a time sensitive Notice of Liability where he has two weeks to provide proof that Covid-19 exists, has been isolated, and that the jabs have been safety tested to prove that they do not cause harm. If he fails to do so, he can be personally held responsible for the damages and deaths caused by the Covid-Crime Against Humanity.In two weeks I intend to serve him further notice which will include multiple FOIA requests that prove the government has not isolated the virus and a copy of all the laws the government and businesses are currently breaking. By failing to uphold the laws of Canada by choice, he is knowingly committing a crime of omission.Here's a link to the Notice of Liability https://docs.google.com/document/d/1PWIsyHusIOsSpzurooRhSdpvbGXBXiPWN06Hk5dGVJY/edit?usp=sharingThey are seriously fucking with the wrong PATRIOT
100% Scientific Proof Mask Wearing Is In Violation Of Safety Regulations Already On The Books
Time Sensitive Document Estoppel Conditions Apply Upon Default - Google Docs
Login to comment

Kenan SonOfEnos
Canadian Labor Board Files Cease & Desist Order, Effectively Killing Mandatory JabsThe New Brunswick Labor Board has ruled that employers mandating the jab violates Canadian Law. An employer asking a worker for their vaccination status is a violation of the nation's privacy laws and sending a worker home on leave without pay, the board ruled, is effectively firing them. Therefore, the government's mandate goes against Canada's labor law, prompting the board to issue a Cease and Desist Order.While the ruling was on a provincial level, and specifically concerning public sector workers, it sets president and indicates the direction the nation's Labor Boards will rule when a worker files a claim against their employer.Not surprisingly, the Treasonous Media is not covering this very important story. So it's up to us to get this news to the people because it can really save lives. People that might be coerced into getting the suicide-shot need to hear that if their boss does let them go, the Labor Board will rule in their favor. They can get a HUGE PAYOUT for wrongful termination, especially considering their employer is violating Canada's privacy laws. When they learn this, they'll be more likely to give their boss the double finger, than they are to get the jab.https://www.bitchute.com/video/EWr8B3S26t1t/
Canadian Labor Board Files Cease & Desist Order Effectively Killing Mandatory Jabs

Kenan SonOfEnos
Travis Scott Satanic Astroworld Human Sacrifice Concert by Frequency & Graphene Oxide Jab 😈Graphene Oxide reacts to sound frequencies, and everyone who attended the Luciferian concert ritual had been double jabbed. Imagine what was happening inside them as Scott was causing the nanoparticles to attack their hearts. Was this human sacrifice by tonal vibration?

Kenan SonOfEnos
Whatever's wearing the Biden skin is not human 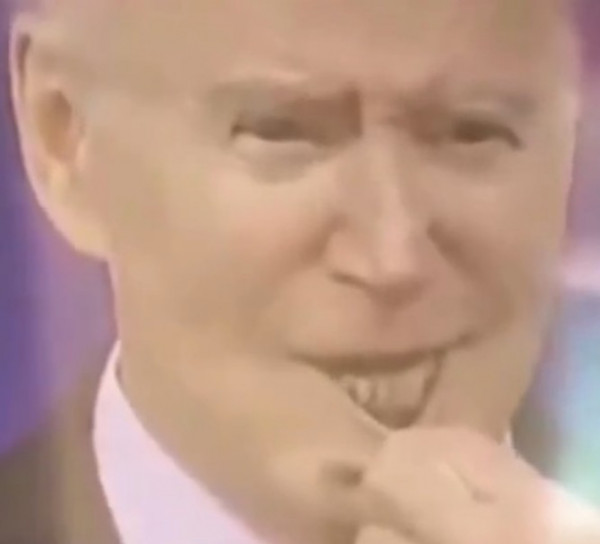 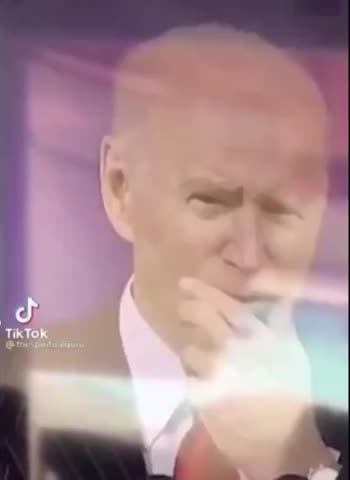 Kenan SonOfEnos
Riccardo Bosi & Dave Cole Say World Leaders Remaining Silent on Tribal Genocide Are ComplicitThere have been no first-hand reports of Australian Military force injecting people, but the police are committing genocide, so the ADF's inaction still makes them complicit by omission. They swore an Oath to defend the people, and they have both the power and obligation to bring this War Crime to an end.﻿undefinedundefined﻿ has the support of the People and will form the next government, and Bosi has sworn they will not forget what has been taking place. There will be consequence.

Kenan SonOfEnos
Elite Child Trafficking is Finally On The News, Judge Rules Names to be Released, Epstein SubmarineThe Jury is being selected for the case the Pedophile Elite feared, and the Judge has already ruled that the co-conspirators have to be named. Think this could be why they've all gone insane?The fact that Ghislaine's Submarine is being discussed on the news shows that things have changed. Just wait till the normies learn that Disney Cruise Ships had a routine underwater child delivery stop to Epstein's docking bay.It's great to see Liz Crokin﻿'s return to the news, hope she becomes a regular contributor to OANN

Kenan SonOfEnos
"OFF WITH THEIR HEADS" #Canada Supports #Australia's Riccardo Bosi's Call to Bring Back the Death PenaltyWe The People demand Justice !!!o7 AustraliaOneParty "These People Need To Pay For What They've Done" - Kenan Repost If You Support This Motion #WORLDWIDE

Kenan SonOfEnos
Texas Father Tests Daughter's Air Quality And Proves To The School Board That It's Unsafe To Wear A Mask If the air quality would not be safe under OSHA guidelines to work under such conditions, then why the hell is it ok to subject a child to toxic oxygen deprivation and CO2 poisoning?  It's not, but they know that, and that's the whole point. These sociopaths are intentionally inflicting irreparable harm. It's bad enough that they're corrupting children, but mask wearing is literally killing their brains #PureEvilWithIntent
See more...
Info
Name:
Kenan SonOfEnos
Friends count:
16
Followers count:
16
North Bay, Ontario, Canada
Membership
Standard
Kenan SonOfEnos Videos
01:00

Are you sure?
Please, enter a value here